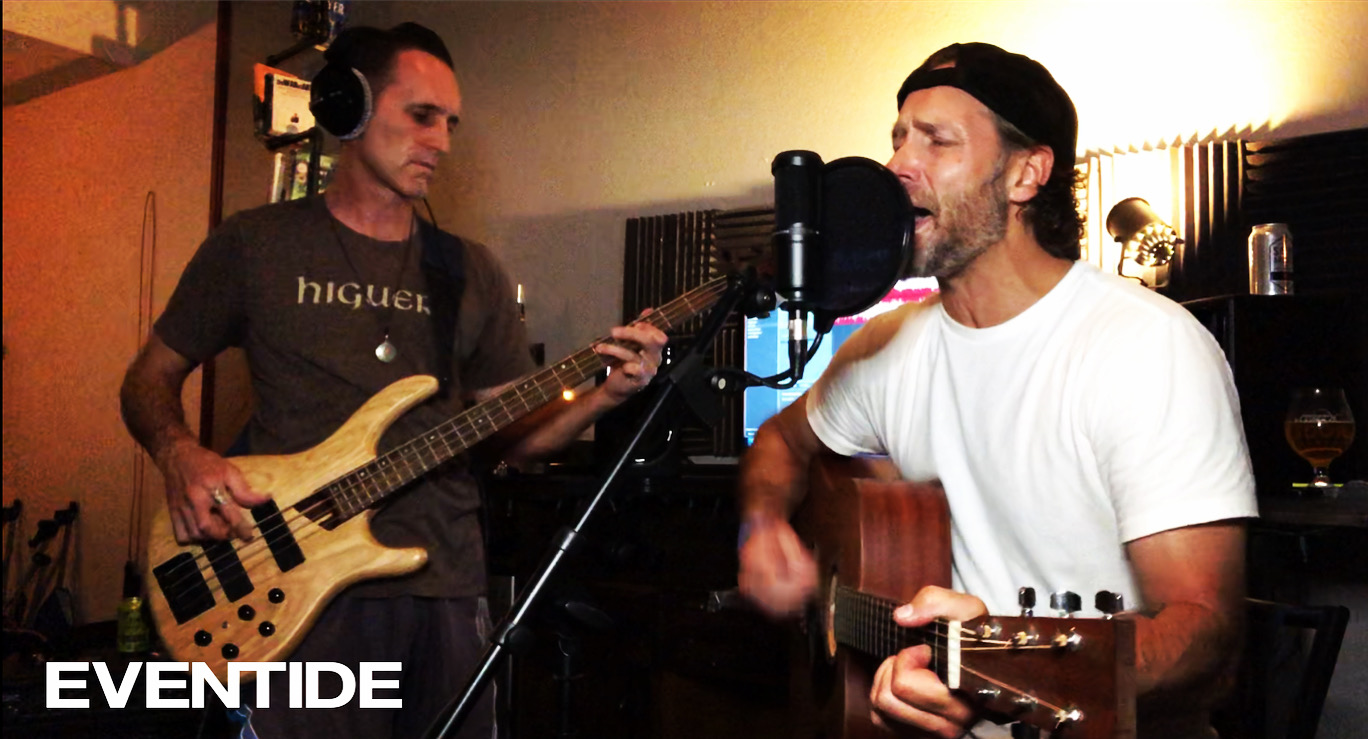 Rock trio Eventide have released their latest official single, “Let Tomorrow Be Like Yesterday.” The track has been proudly published as an independent release without the involvement of the corporate music industry. It is the first single and title track from their upcoming debut album of the same name. Driving, charged with passion, and bringing that unstoppable power-pop sound squarely into the spotlight once again, “Let Tomorrow Be Like Yesterday” showcases Eventide as one of the most intriguing rock crews of the year so far and promises that they have plenty more where that came from.

San Diego’s Eventide is the passion project of musician, singer and songwriter Todd S. Wonkka, who cites as main artistic influences Oasis, Nirvana, Foo Fighters, the Smiths, the Beatles, the Cure, and Depeche Mode. Eventide’s own style takes elements from each of these and adds something fresh and unique for a result which will both win fans new to the sound and please longtime loyalists from everywhere. With an emphasis on irresistible hooks, infectious melody lines, and plenty of deep-pocket groove, “Let Tomorrow Be Like Yesterday” by Eventide has a little something for everybody, but particularly rock music lovers.

“What I love about rock ‘n’ roll is the independent platform it gives to humankind,” writes Eventide’s Todd Wonkka. “Even if they’re not playing, performing, or singing it, they’re feeling it, riding the dissent into their own beautiful madness.”

Asked to describe the overall meaning of “Let Tomorrow Be Like Yesterday,” Wonkka says, “It’s about recognizing that there is something wrong with the world and we need to change.”

As timely as it is contemporary, “Let Tomorrow Be Like Yesterday” works as social commentary as well as strong tunes.

“I love music, plain and simple,” writes Wonkka. “But COVID-19 definitely had something to do with ‘Let Tomorrow Be Like Yesterday’ being my first release from the upcoming album. The theme of it fits the time.”

Originally from Massachusetts, Todd Wonkka moved west at the age of 18, where he found himself playing bass for Los Angeles rock band Barefoot Bride. After five years in LA, he picked up and moved to San Diego where today he teaches tennis and performs at local spots. A natural-born writer, Wonkka has written hundreds of songs, short stories, and a novel published 2019, “Under The Rug,” which describes the life of a Hollywood rock star.

“Thanks to my wife, Marissa, and my kids, Kade and Kanon for their support,” Wonkka says. “And to Ian Phillip, my friend and bass player, for his constantly amped attitude.”

“Let Tomorrow Be Like Yesterday” by Eventide is available from quality digital music stores online worldwide now. Get in early, rock fans.